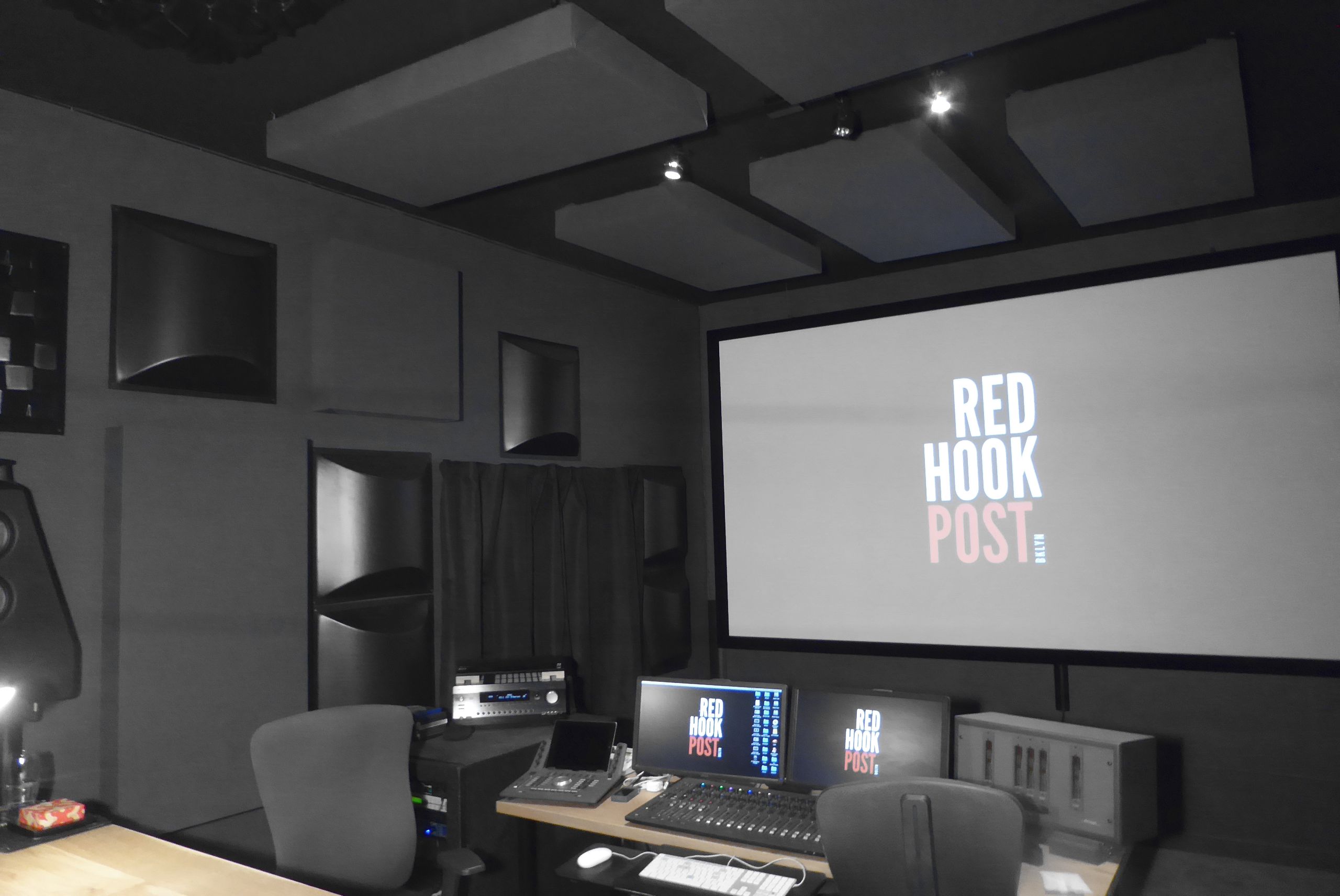 Red Hook Post, a new independent film studio in the cool and trendy Red Hook district of Brooklyn, just built a mix room for their film and broadcast clients. After visiting Gigantic films in Manhattan and hearing Grimani Systems speakers there, Tom Efinger, Red Hook Post’s principal, decided he needed that level of performance in his new facility. The room size was perfect for a network of 5 Delta speakers and Two Psi subwoofers, all patched together through a 5.1 channel monitoring and bass management interface. Three of the Deltas are concealed behind the acoustically transparent woven screen, and the two others are at the ideal side wall locations for proper surround channel monitoring. One Psi subwoofer is up front under the screen, and the other is on the back wall, up high. The two Psi units are carefully tuned to complement each other and eradicate standing wave resonances in the room.

A system of absorber, diffuser and bass trap panels was engineered by Grimani Systems so as to optimize the balance of sound damping, scattering, and reflections.

Tom Efinger, sent us this email after the calibration session: “I have been playing around with the room and it sounds AWESOME! You are a master in this domain, like a 5th degree black belt of audio.”